At the 2011 IFA show in Berlin, Acer showcases its MeeGo netbook. The lightweight and free of charge Linux-based OS actually runs on the Acer Aspire One D257 hardware and it’s pre-installed instead of Windows 7 Starter to cut the final price of the product. 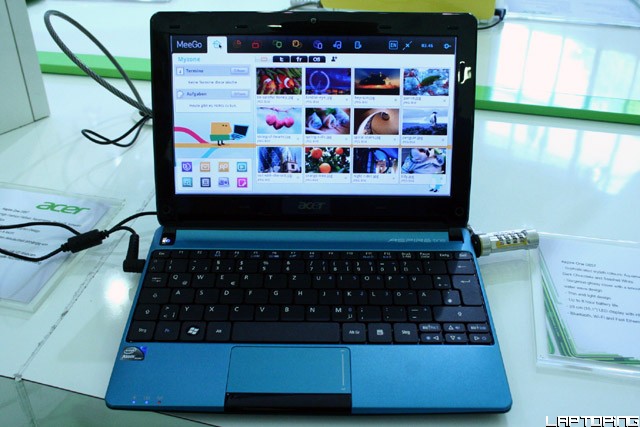 For 222 Euros, the Aspire One D257 MeeGo offers a 10.1-inch display, the dual core Intel Atom processor, 2GB of RAM, a 320GB hard drive, and a six-cell battery. For comparison, the same netbook with Windows and 1GB of RAM is priced at about 280 Euros in Europe.

The battery provides up to 8 hours of autonomy according to Acer and almost seven hours according to MeeGo battery meter on the unit we saw. We have also checked boot and wake up times. It boots in about 30 seconds, but wake up is almost instant.

The 257 MeeGo is already available in Germany, but we don’t know when or if it will be available elsewhere.