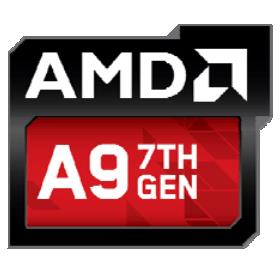 The AMD A9-9420 (7th Gen) is a lower-mid-range processor (CPU) for inexpensive notebooks. This dual-core CPU is faster than more common budget chips such as the Intel Celeron or AMD E2. But, it still lags behind the mainstream mid-tier processors such as the Intel Core i3, i5, or i7 series. 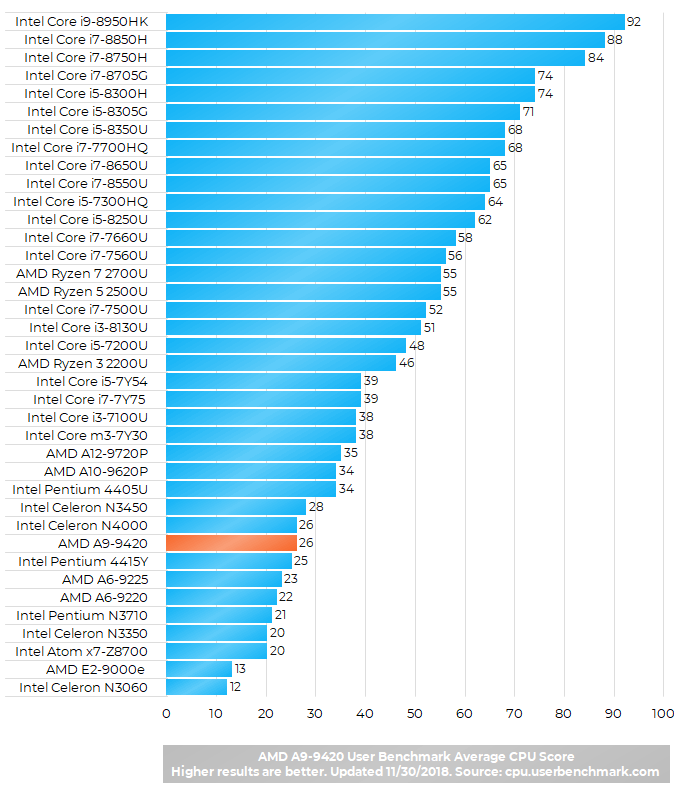 This means the A9-9420 is a good only for the routine computing: web browsing, media playback, or work in MS Office and other productivity software. More intensive workload such as video production will be noticeably faster on the Intel Core i series and comparable AMD chips.

As for gaming, the AMD A9-9420 is equipped with the AMD Radeon R5 integrated graphics. It provides satisfactory performance only for select non-demanding games.

Note: The benchmark scores of the listed processors are averages measured across various devices with these processors. The scores and real-world performance of the AMD A9-9420 and compared CPUs may vary depending on the notebooks' other components, settings, cooling, and other factors. However, the benchmark results are good indicators of the processors' performance.