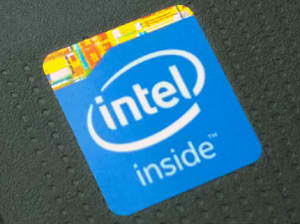 The Intel Celeron N2830 and N2840, alongside the less frequently used N2820, are among the lowest-end processors you can find in laptops these days. But, they are also among the widest adopted ones, since they’re included in numerous budget notebooks.

Intel’s “Bay Trail” processor family is known for its affordability and low power consumption. The N2830, N2840 and N2820 are no exception. They consume only up to 7.5 Watts of power. For comparison, the popular Intel Core i5-4200U/4210U/4300U which are the typical mid-range mainstream laptop processors consume up to 17W.

But, for the average home laptop user performance is more important than power-efficiency of a processor. On the N2830 / N2840 / N2820 it’s sacrificed big time for the interest of lower costs and power saving. To be honest, low power consumption doesn’t mean that laptops with these Celerons will have a great battery life, since PC makers often put smaller-capacity batteries in them in order to further lower the cost and decrease weight a bit. For instance, the Lenovo G50-30 with the N2830 has a low-capacity 32 Whr battery in it, resulting in a mediocre battery life of the laptop of up to four hours.

PassMark has a comprehensive and pretty much accurate database of CPU benchmark results. According to the tests done by users on various Windows machines, the N2830, N2840, and N2820 score about 1,000-1,100 benchmark points. With these results, their speed is in line with the Intel Atom processors used in affordable Windows tablets. In comparison to the Intel Core i5 with scores of more than 3000 points, the Celerons lag a lot.

In the real world use, the Celerons are satisfactory only for the usual daily chores, such as web surf with a handful of browser tabs opened, writing essays in Word, Excel calculations, and video and music playback. For more complex duties like video production or professional photography editing, the Intel Core i3, i5, and i7 series are the way to go.

In the video below, you can see the N2830 running in real time Windows 8.1 and some random programs, with multitasking involved. The test was done on an Acer Aspire ES1-series 15.6″ notebook with 4GB RAM and a mechanical 5,400rpm hard drive. Check out 1080p YouTube video playback in Internet Explorer, some basic editing of a 5-megapixel photo in Paint.net application, rich text processing in WordPad, and switching between apps via ALT+TAB key combination. Everything worked pretty much smoothly. In everyday work, I experienced occasional slowdowns, but they were rather caused by the slow hard drive than the CPU.

MMORPGs (massively multiplayer online role-playing games) are the most popular type of games on the PC platform. We have tested some of them on the N2830, namely League of Legends and DOTA 2. These titles don’t require exceptional hardware, so they run nicely on 720p resolution which is close to 1366×768 pixel count on the usual laptop display. LoL can be played at frame rates of about 25 fps on medium graphics settings, while in DOTA 2 you have to dial down settings to low to achieve ~25fps.

Another very popular game which can be played on the reviewed processor is Minecraft. It should be put on lower settings to achieve a fair smoothness at 720p. Still, some serious frame rate drops to ~15fps occur occasionally.

When it comes to first person shooters, the Intel HD is capable of running some less demanding titles, such as those based on the Source 3D engine. For instance, Counter Strike: Global Offensive at 720p and low graphics details can be played mostly at about 25 fps, with occasional drops to ~20, depending on the scene. You can set Team of Fortress 2 on medium and get between 25 and 40 fps (around 30 fps most of the time).

By the way, simple non-3D games such as Plants vs Zombies or Angry Birds run without a glitch.

Overall, the included Intel HD graphics processing unit performs about the same as the Intel HD of the Intel Atom processors. They’re far cry from the popular HD 4400 series which can run even the latest demanding 3D games on lower settings.

As expected, the tested processor ran quite cool. On our Acer Aspire ES1 laptop, the temperature of the CPU when idle was about 40 degrees Celsius. Under heavy load, in particular LoL gameplay, the temperatures never exceeded 62 degrees. This helped the laptop stay almost inaudible even under high stress, since the cooling fans didn’t need to kick in at high rotating speeds.

Besides the Intel HD graphics, the chips have 1MB of cache and support 64-bit operating systems and software. As same as the other Bay Trail chips, they are built using 22-nanometer technology. 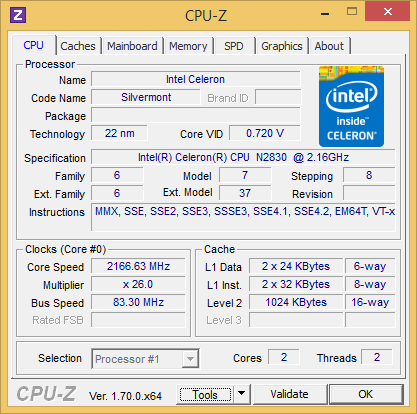 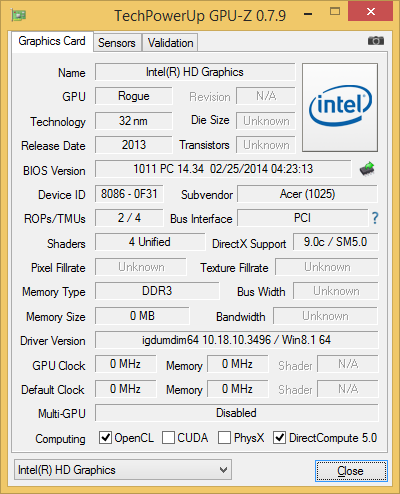 Note: This review was originally posted in early August and updated with new info late September and October.

Note: The benchmark scores of the listed processors are averages measured across various devices with these processors. The scores and real-world performance of the Intel Celeron N2830 / N2840 / N2820 and compared CPUs may vary depending on the notebooks' other components, settings, cooling, and other factors. However, the benchmark results are good indicators of the processors' performance.