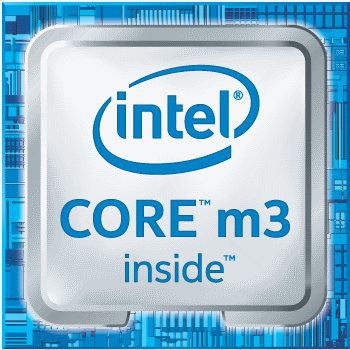 The Intel Core m3-6Y30 is a lower-mid-range processor for thin-and-light laptops and 2-in-1 PCs. This CPU model is important since it is used as the entry-level option in Microsoft’s latest Surface Pro 4 series. The main selling point of the m3-6Y30 is its very low power consumption of just 4.5 Watts, while still enabling smooth work in common programs like web browsers, Office apps, e-mail clients, and other non-demanding software. Another advantage thanks to great thermal characteristics is the chip’s ability to be used without cooling fans, thus providing completely silent operation. 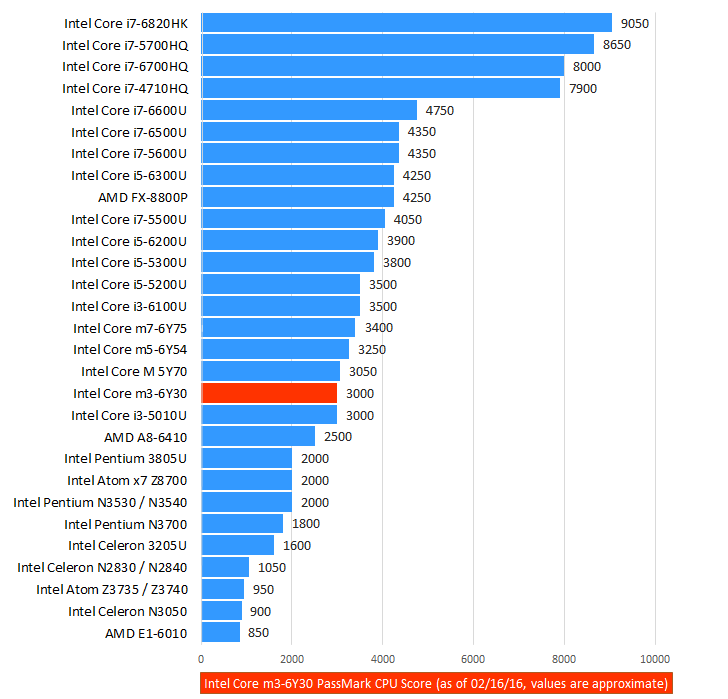 PassMark CPU benchmark puts the m3-6Y30 in the lower-mid-tier laptop / tablet CPU category. The gap between the m3 and the most popular mainstream 15-Watt Intel Core i5 and i7 chips is significant in the benchmark charts, but in day-to-day tasks the difference isn’t so visible. However, in more demanding tasks, like photography or video editing, the Core i5 / i7 have a great advantage. In the Core M lineup, the m5 is a step up in the hierarchy. It makes the performance gap between the Core M and i5 even smaller, while still maintaining the low 4.5W power consumption.

If you want to see how the processor performs in real life, you can check out some of many video reviews of the basic Surface Pro 4 with the m3 included.

Here’s a good one, comparing the CPU against the popular Core i5.

The m3-6Y30, just like the other Intel Core M “Skylake” parts, features the Intel HD 515 integrated graphics, with enough power for only basic gaming.

Take a look at gaming performance video of the Surface Pro 4 with the m3.

For a list of devices with the m3-6Y30, you can visit this page.

Note: The benchmark scores of the listed processors are averages measured across various devices with these processors. The scores and real-world performance of the Intel Core m3-6Y30 and compared CPUs may vary depending on the notebooks' other components, settings, cooling, and other factors. However, the benchmark results are good indicators of the processors' performance.

Specifications of the Intel Core m3-6Y30

Here are the most important specs of the Intel Core m3-6Y30: