If you’re considering purchasing the HP Pavilion 17-e016dx affordable big-screen 17.3″ laptop PC with an AMD processor for $400, you can also check out an Intel-powered version, the HP 17-e019dx, with the same price tag. 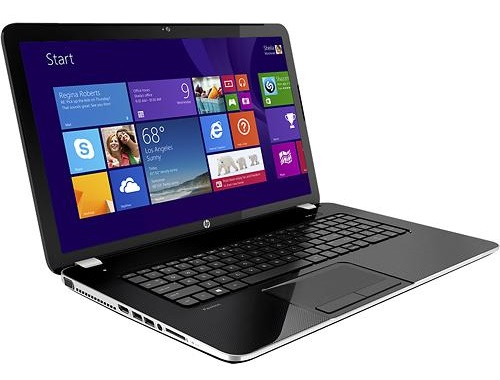 Just like the AMD counterpart, the 17-e019dx comes with standard 4GB of RAM memory and a big 750GB hard drive, but instead of the AMD Elite Quad-Core A8-5550M, it sports the dual-core Intel Core i3-4000M. Although the AMD has two computing cores more, Intel is faster, according to PassMark tests. The AMD racks up 3,132 points, wheres the Intel CPU notches 3,502. In the past AMD had better integrated graphics than Intel, but in this case the AMD Radeon HD 8550G is only by a hair faster than the Intel HD 4600, scoring 618 and 612 PassMark GPU points, respectively. The main processing parts on both chips are quite good for all the daily tasks an average user might throw at them, be it web surfing, office document editing, or high definition media playback. The graphics portions of them aren’t impressive gaming-wise, but you can still use them for getting decent gameplay frame rates on lower settings and resolutions. These CPUs are not much different in terms of power consumption either. The consume 35 and 37 Watts, respectively.

Instead of full HD resolution found on increasing consumer laptops these days, like Toshiba’s P75-A7200 the 17-e019dx / e016dx stick with the standard pixel count for 17.3-inchers: 1600 by 900. On other fronts, both are standardly-equipped desktop replacement systems with built-in DVD burners, stereo speakers, webcams, full-size keyboard with numeric pads and ordinary networking and connectivity feature set including Wi-Fi and Ethernet LAN, three USB ports, HDMI and VGA video outputs, and digital card reader.

For power autonomy, the notebooks sport a 6-cell 47WHr lithium-ion battery, but HP hasn’t provided info on battery life. This isn’t of much importance in comparison to the ultraportable laptops, because the HP will sit on the desk most of the time due to its relatively heavy weight of 6.4 pounds.

Overall, the HP Pavilion 17-e019dx is a nice mid-range solution for budget-conscious laptop shoppers requiring big display. It’s an effective replacement for old desktop PCs without breaking the bank, although it doesn’t have a built-in dedicated video card nor full HD resolution. If your spending limit is $400 and you want a 17.3″ laptop, this model is really worth considering. You can order it via Best Buy. But before the purchase, you should check out these Black Friday notebooks. 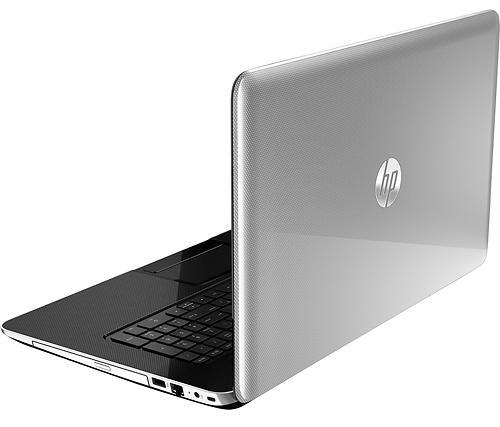