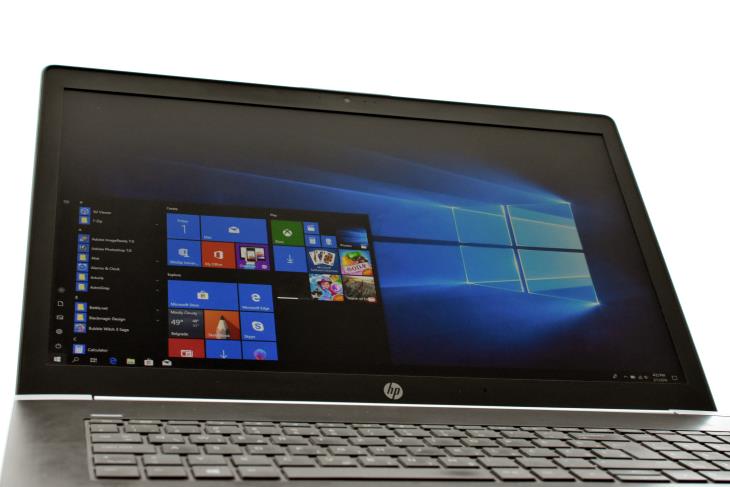 In this article, we will explain the most important specs of laptop PC displays.

Size of a notebook PC display is one of the most significant computing experience factors. Bigger screens are obviously more comfortable for everyday work, multimedia, and gaming. But, a bigger display means the device carrying it is heavier and bulkier. It also means a greater power consumption, since larger screens require more power. The most popular mobile PC form factor nowadays is the 15.6-inch laptop. It provides a great balance of size and portability for the vast majority of home and office users. Laptops with larger 17.3-inch display diagonals, known as desktop replacement notebooks, aren’t meant to be carried around much. There’s an even larger laptop display sizes (18.4” for instance) but models with it are quite rare.

For folks who travel frequently or take their laptops (and 2-in-1 convertibles) from home to workplace and vice versa on daily basis, there are smaller models with 14”, 13.3”, 12.5”, and 11.6″ diagonals. Laptop PCs with even smaller 10.1” displays available on the market are mostly affordable 2-in-1 laptop / tablet hybrids with detachable screens. Some mobile computers, such as the popular Microsoft Surface series, have unique screen sizes which aren’t used by other PC vendors. For instance, the Surface Pro 6 2-in-1 PC has a 12.3″ screen diagonal, while on the Surface Laptop 2 it’s 13.5″.

The predominant display aspect ratio on today’s PC market, including laptops, 2-in-1 hybrids, tablets, and monitors, is 16:9. Also referred to as widescreen aspect ratio, it is suitable for movies and YouTube videos. Narrower screens such as those on Microsoft Surface devices with 3:2 aspect ratio are better optimized for productivity. The latter are closer to aspect ratios of paper documents and have ability to display more rows of text than the comparable 16:9 panels. Another widescreen aspect ratio you can find on mobile computers today is 16:10, but it is used on small number of devices. Primarily on compact 2-in-1 laptop / tablet PC hybrids.

Resolution refers to number of pixels that make up the image on a screen. A higher pixel count on a screen means sharper pictures, movies and text. It also means more space for displaying web pages and applications and side-by-side program use. Display resolution is expressed using horizontal and vertical pixel counts. The most frequently used resolutions on laptop and 2-in-1 PCs nowadays are 1366-by-768 (also known as HD) and 1920-by-1080 (Full HD or 1080p). 1920-by-1080 is the most appropriate screen resolution for laptops, in our opinion. Many of the affordable notebooks come with 1366-by-768 panels, which provide usable but not so sharp picture. However, inclusion of a Full HD display means a higher overall cost of a device and a somewhat greater power consumption. On the other hand, on smaller notebooks such as the popular low-priced 11.6-inchers, 1366×768 provides acceptable crispiness due to higher pixel per square inch (PPI) value.

Some high-end notebooks, regardless of their screen sizes, come with above-1080p resolutions, such as 3200×1800 and 3840×2160, popularly known as QHD+ 3K and Ultra HD (UHD) 4K. They have 3 and 4 times more pixels respectively than Full HD. 3K and 4K deliver breathtaking sharpness of displayed content, but there are some of disadvantages, too. First of all, user interface elements of Windows and programs appear by default very small on 3K and 4K resolutions. In order to make them better visible, users must use Windows’ built-in scaling functionality, allowing enlargement of UI elements. But, not all programs and parts of Windows itself respond well to scaling, which results in blurry fonts, menus, buttons, and dialog boxes. Another way is to decrease the native resolution using Screen Resolution settings in Windows’ Control Panel, but that makes investments in expensive high-res screens absurd and Windows environment may still look blurry. Furthermore, displays with huge number of pixels require more graphics computing resources and tend to consume more power, thus reducing battery life.

Usability in Bright Environments: Anti-Glare versus Glossy Displays and Brightness

There are two types of LCD panel coating: anti-glare or matte and glare-type or glossy. The former does a good job of preventing light reflections which are present in bright environments, such as well-lit offices and outdoors. Anti-glare displays, however, tend to show less vibrant colors than their glossy counterparts. The former are usually found on business-class notebooks, while the latter are used on consumer-oriented and touchscreen machines, with a few exceptions. What can help with outdoor usability is good display brightness, preferably above 300 cd/m². Many mainstream and budget laptops, 2-in-1s, and tablets have brightness of around 250 cd/m² and sometimes even as low as 200 cd/m².

Touchscreen on a Windows PC is an admirable feature, especially on those based on touch-friendly Windows 10 (and 8) OS. Touch displays make use of touch-optimized software very simple and intuitive. However, not all Windows user interfaces and programs are optimized for touch, primarily those running in Windows’ traditional desktop environment. On the negative side, touchscreens are usually glossy, meaning they reflect a great deal of surrounding lights and easily attract fingerprints. In addition to that, touch displays are heavier, thicker, and more power-hungry than their non-touch counterparts. They are pricier too, adding around $50-$100 on top of overall price of a computer (laptop).

A special kind of touch panels are those with active digitizer technology, supporting pressure-sensitive pen input. An example of pen-enabled devices is the Microsoft Surface series.

Other laptop, 2-in-1, and tablet display specifications such as color gamut coverage, color accuracy, and contrast ratio, can also have a noticeable effect on the picture quality. However, PC makers usually don’t list them in their product descriptions. An exception are models with high-quality displays as their main selling points, such as mobile workstations for professional photographers / designers and select high-end entertainment-oriented mobile PCs. If you’re interested in these characteristics of your next mobile computer, the best way to find them out is to check out reviews with in-depth display analysis. A good source for that is NotebookCheck website, which uses professional hardware for display analysis and has a large base of reviewed devices.

Select gaming notebooks feature G-Sync and Freesync technologies. These enable synchronization between frame rates produced by the video card and refresh rates of the screen, again resulting in smoother gameplays.

To sum things up, a high quality laptop display in our opinion has at least Full HD resolution for sharp picture and IPS technology to enable wide viewing angles as bare minimums. Lower resolutions are acceptable only on devices with small screens. Getting premium-priced PC devices with 3K or 4K resolutions doesn’t make much sense currently, due to a noticeably greater power consumption and the aforementioned scaling problem. Folks planning to use their computers outdoors should additionally require a high-brightness screen and anti-glare coating. Imaging professionals and multimedia enthusiasts, should be interested in the rest of the specs, primarily color gamut, accuracy, and contrast, but also willing to spend more money since notebooks with top-quality displays wear hefty price tags. As for gamers who want the best gaming experience possible, they should pay attention to the screen refresh rate which greatly affects smoothness of gameplays.