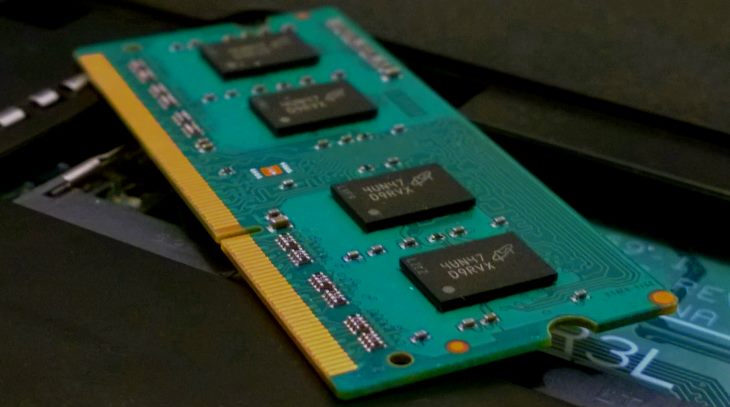 The most important positive effect of having a larger RAM size in a laptop or other kind of computer is its greater multi-tasking potential. Said differently, a greater capability to run more programs simultaneously without slowing down overall computing speed or crashing the operating system. In this article we will explain how many Gigabytes (GB) of RAM you actually need and how does its size and other characteristics affect laptops’ performance.

The most common RAM size you can find in everyday laptop PCs nowadays is 8GB. Some lower-end models come with 4GB and in some cases only 2GB. Higher-end mainstream laptop models oftentimes feature 12GB and 16GB. You can find high-performance gaming laptops and mobile workstations with 24 or even 32 Gigabytes, too. Available laptop memory modules (SODIMM module format as opposed desktop PC-use DIMM) usually have 4GB or 8GB capacity. 16GB SODIMM modules are still a rarity and aren’t compatible with all notebook models on the market. 6GB SODIMMs don’t exist on the market. Select laptops do come with 6GB RAM, but these have a 4GB module paired with a 2GB module.

Today’s laptops usually have two RAM slots. Some small and budget models have with only one or no slots. The laptops with no RAM slots have system memory soldered onto the motherboard. On the other side, select gaming and mobile workstation notebooks have four. It’s also possible to find a laptop with soldered RAM combined with a RAM slot for expansion.

How Much RAM You Need in Laptop with Windows?

The best way to find out how much RAM you need in a laptop or any other kind of computer is to calculate it by summing RAM footprints of software you typically use. In the table below, you can see typical RAM usage of Windows 10 operating system and its background services, as well as RAM usage of some popular Windows software and game titles. Using the table, you can easily calculate what RAM capacity you need and how many programs you can run at the same time without exceeding RAM size and choking the system. For instance, if you add heavy web browsing in Chrome and 10 images opened in Paint.net image editor on top of RAM used by OS itself and an antivirus running in the background (Avast for example), you will get a needed RAM amount of at least 2.64 Gigabytes. Or, if you run only the latest Call of Duty game on Windows with no additional programs opened you’ll need more than 4GB right of the bat.

*Values in the table are approximate.

As a side note, if you own a laptop with integrated graphics, such as the Intel HD series, it will take a certain amount of RAM for graphics processing purposes. For instance, the Intel HD in a laptop with 4GB reduces the available size to 3.9GB by default. During gaming, it can occupy up to 2GB. Discrete laptop video cards like the Nvidia GeForce series don’t use RAM for graphics, since they have their own dedicated video memory.

It’s also worth noting that 32-bit versions of operating systems can’t utilize more than 4GB of RAM, even if you physically have more in your laptop. Thankfully, most laptops on the market have 64-bit Windows pre-installed.

If your RAM needs exceed the amount you have in your computer and you still decide to run all the programs you wish at the same time, that doesn’t mean your system will automatically crash. Windows will use your notebook’s storage space – hard drive or solid state drive, for RAM purposes thanks to so called virtual memory technology. But that’ll slow down operation a lot, since reading and writing data on HDDs and SSDs is much slower in comparison to RAM’s read/write speeds. In the worst case scenario, the system will become completely unresponsive, so you’ll have to restart it by pressing the power button on your machine and lose unsaved documents you worked on during the session.

On the other side, having a large RAM size in cases your usage doesn’t exceed it has no significant positive impact on overall performance of the system. True, having larger RAM than needed won’t hurt. SuperFetch technology included in Windows 7, 8, and 10 operating systems will make use of it. SuperFetch monitors which applications you run often and pre-loads them into free RAM space. This enables faster loading of commonly used software, without reducing multitasking performance of already opened programs.

What can also have an effect performance-wise, but a minor one, is speed of memory. More precisely, speed of communication between RAM and the processor. In product specs sheets of laptops and their memory, RAM speed is expressed in Megahertz (MHz) values. Motherboards and processors of modern laptops usually support 2133, 1866, and 1600 MHz memory speeds. Some high-end laptops additionally support 2400 MHz.

Other RAM characteristics such as latencies and single-channel versus dual-channel RAM configurations are maybe important for PC enthusiasts who want to make use of every bit of PCs’ potential. But, these specs don’t impact performance in a meaningful way for the vast majority of laptop users. In short, if other parameters are the same, lower latency and use of dual-channel memory setups (i.e. 2 x 4GB versus 1 x 8GB) are better. As a side note, dual-channel memory can noticeably improve gaming capabilities of a laptop if it relies on integrated graphics for gaming, as opposed to dedicated video cards.

As for RAM upgrades, it’s important to know that there are different types of SODIMM memory, such as DDR4, DDR3, DDR3L, or older and discontinued DDR2 and DDR. If you plan to upgrade RAM in your laptop these differences are of a crucial importance, since RAM modules have to be compatible with the device you’re upgrading.