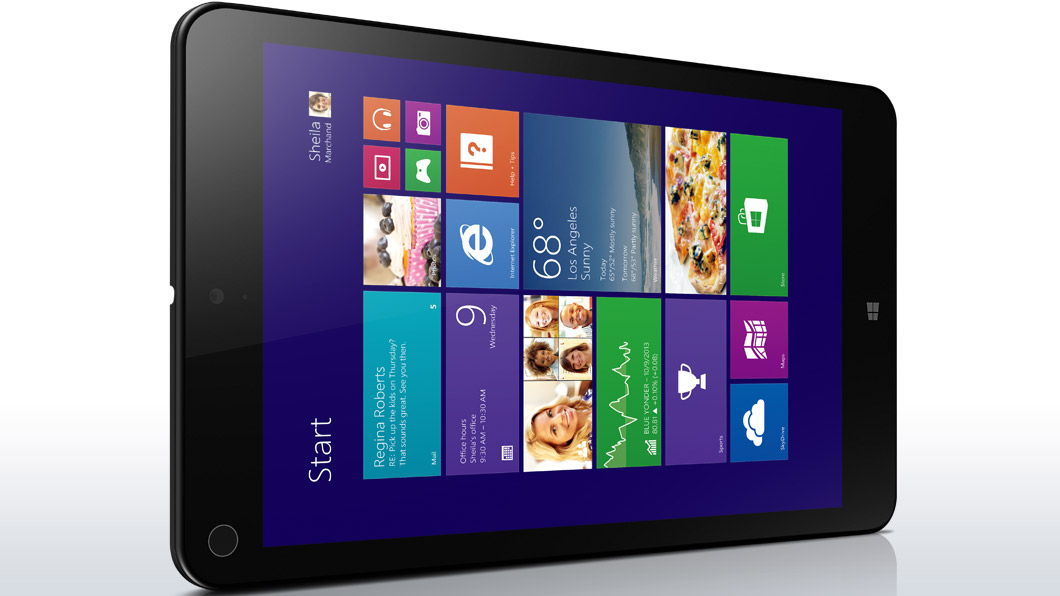 Lenovo’s ThinkPad 8 tablet with an 8″ display and Windows 8.1 is now available for purchase. It’s business-centric and the best specced one among Windows-based 8-inchers to date. That’s primarily thanks to full HD 1080p resolution instead of common 720p, but also a faster 2.4-Gigahertz Z3770 Intel Atom “Bay Trail” processor instead of the 1.8GHz Z3740. Additionally, the ThinkPad 8 is the first device of its kind to optionally come with Pro edition of Windows 8(.1).

The first available model is a 429-dollar configuration with 64GB of internal storage, as opposed to the currently unavailable 32GB and 128GB variants. The small-capacity version is expected to retail for $399, which is a bit cheaper than the 64GB one, but with much smaller available space for users’ files.

The Quickshot Cover which works in conjunction with tablet’s rear camera for easier shooting is not in the list of available ThinkPad 8 accessories at the time of this writing.