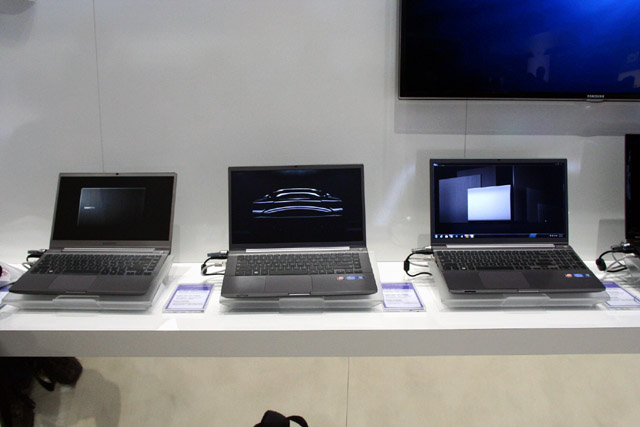 The Chronos 7 series Type 13, 14, and 15 feature 14-, 15-, and 15.6-inch anti-glare high-brightness displays respectively, packed into smaller than standard cases thanks to those thin screen bezels. So, you get an additional inch of display diagonal and Samsung calls it MAX screen technology.

Another notable technology is ExpressCache which consists of dedicated 8GB of flash memory embedded into the motherboard for faster boot ups, wake ups, and better overall performance. Boot up and wake up times on these machines are 19 and 2 seconds, respectively, according to the PC maker.

Inside the laptops, there are the latest Intel dual and quad core processors, AMD Radeon Hybrid graphics, and built-in slot load optical drives.

The notebooks sport aluminum cases and have isle-style keyboards with backlight.

The notebooks are expected to ship in the US starting next month with a a base price of $1,000.