Majority of businesses still prefer Windows over other OSs when it comes to mobile computers. Because of that, Samsung has preloaded for them Microsoft’s Windows 7 on the 11.6-inch business-oriented Slate 7 tablet. 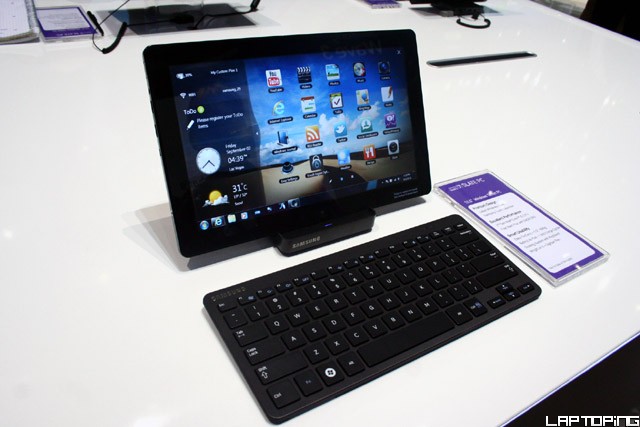 We got our hands on the Slate 7 at the 2011 IFA Show. The  enterprise-class slate’s 11.6″ very bright 400-nit display has 170-degree wide viewing angles and support for both multitouch and pen input (Wacom’s technology). If you prefer classic computing, there’s a keyboard dock, which connects to the machine via Bluetooth. The dock is apparently separately sold.

The Slate 7 is a full performance PC thanks to the Intel Sandy Bridge Core i5 2467M dual-core processor (an i3 is optional). It comes with 4GB RAM and up to 128GB solid state drive. 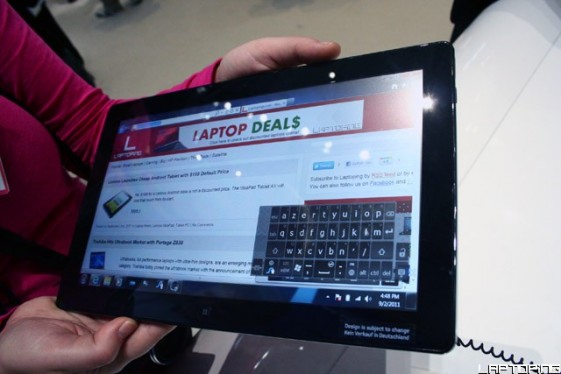 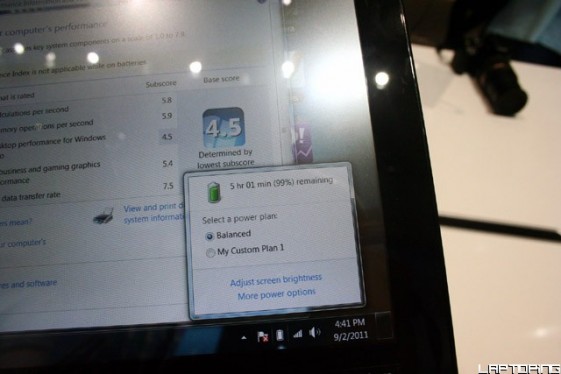 Its battery life is rated at up to seven hours by Samsung. We’ve been curios and checked the Windows battery meter, which displayed an estimated run time of five hours in Balanced battery mode. 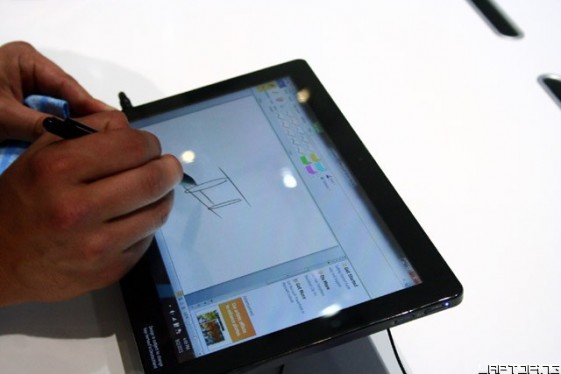 Weight of the device is 1.89lbs (860g), while its thickness is 12.9mm. That’s heavier and thicker than usual 10.1-inch Android tablets, but don’t forget Slate 7’s full performance and an extra 1.5″ on the screen diagonal.

Samsung has announced that the starting price tag will be $1,099.