Sony has released the 15.5″ VAIO SI latpop, which can be combined with a screen accessory to provide glasses-free 3D. 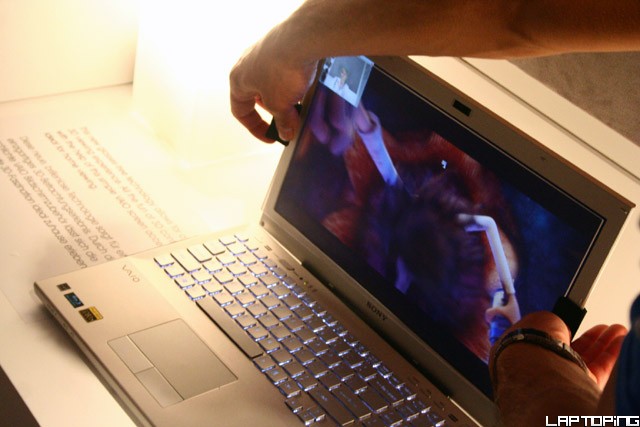 We were told that the SI series will arrive in Europe in October with a 1,299-Euro starting price tag and for additional 129 Euros customers will get the transparent 3D screen add-on which mounts on the top of the laptop’s display, as well as special software with eyes tracking (via the webcam) to enable 3D viewing without glasses.

We have tried out the new tech on Sony’s booth at the IFA Show. The 3D effect in a movie appeared very real, although the picture gets doubled for a second if you move your eyes from one side of the screen to another, probably because software has to re-adjust effects for the new eyes position. 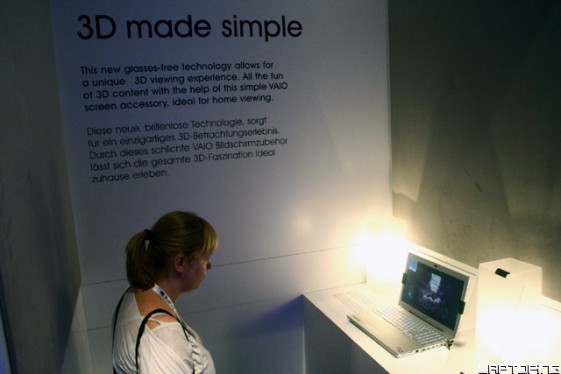 After the VAIO SI, other Sony laptops will also get their optional 3D screen accessories, but were weren’t told when.

The SI shares the same design and internal components with the Intel-powered 13.3″ SA / SB series, but has a larger full HD screen and a numeric keypad.

Availability and pricing for the laptop / 3D filter combo for other parts of the world is still unknown.