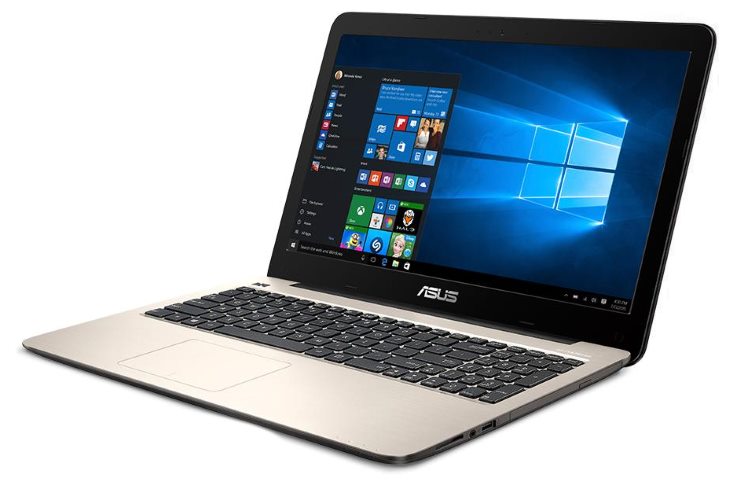 The Asus F556UA-AS54 and F556UA-AB54 are run-of-the-mill mainstream laptops, with a few positive twists. These 15.6-inchers, which sell for around $550, feature a sharp Full HD 1920×1080-pixel display resolution instead of usual HD 1366×768. Another advantage of the display is its ant-glare coating instead of common glossy finish, but unfortunately IPS technology for wide viewing angles has been omitted. Also, instead of a sluggish mechanical hard drive we’re used to see in similar notebooks, the Asus F556UA-AS54 and F556UA-AB54 include way faster solid state drive storage with 256GB capacity.

In other aspects, the F556UA-AS54 and F556UA-AB54 are your everyday home and office notebooks. They provide a spacious keyboard with numeric pad and a large trackpad, but lack touchscreen and keyboard backlight. The only important difference between the F556UA-AS54 and F556UA-AB54 is the processor. For computing, the AS54 model uses the 6th Generation Intel Core i5-6200U CPU with Intel HD 520 integrated graphics, whereas the F556UA-AB54 uses the newer 7th Gen i5-7200U with HD 620. The CPUs have very similar performance, with the 7th Gen version being slightly faster. They are paired with 8GB of system memory. The F556UA-AS54 uses DDR3-type RAM, while the F556UA-AB54 relies on DDR4. But, RAM type doesn’t affect performance in a noticeable way. These components and 256GB SSD storage ensure very snappy operation while running common web, productivity, and entertainment apps under Windows 10. Gaming is possible, too, but you will have to avoid demanding titles that require heavy 3D rendering.

The models feature a DVD optical drive, stereo speakers, and a web camera with low VGA picture quality. A nice perk included is a new compact USB-C type port, alongside two traditional full-size USBs. The laptops have dual video outputs – HDMI and VGA. Furthermore, they feature an SD memory card reader and a combo port for headphones and microphone. Internet connectivity is enabled via a wired LAN port and 802.11AC Wi-Fi wireless interface. Bluetooth is included, too.

The “Icicle Gold”-colored chassis with a thin 1″ profile is made of plastics, but provides a sleek appearance with brushed-metal like finish on the keyboard deck and screen lid.

The battery capacity of 37 WHr isn’t among the greatest on the market. Considering the specifications of the battery and laptops, one can assume run time will last around four hours on a charge on both models. 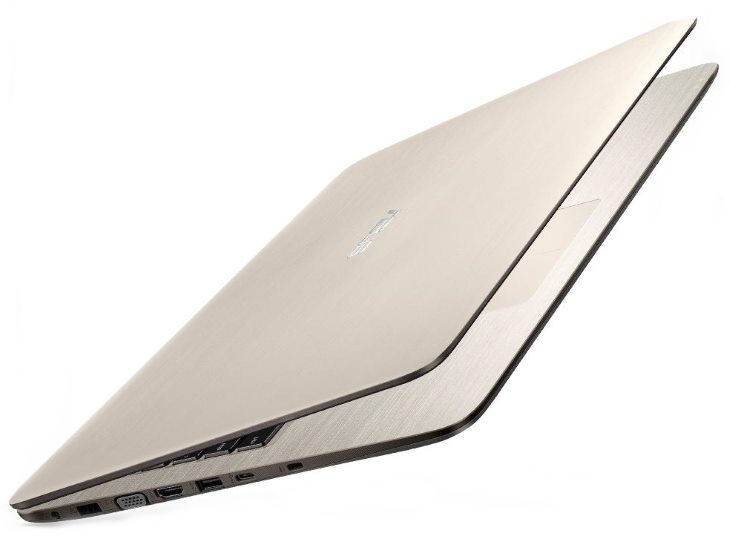 Here are the specs of the ASUS F556UA-AS54 F556UA-AB54 with descriptions of its features. For comparison against other laptops, you can use the "Compare Specs" button.