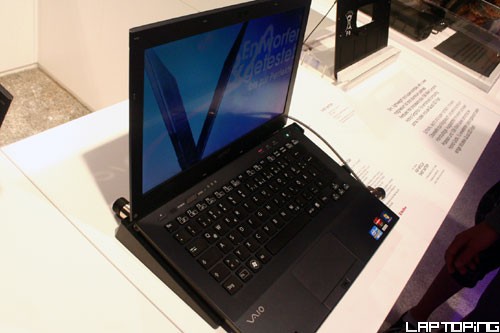 Regarding internal components, there are the 2nd Generation Intel Core processor choices, a hybrid graphics solution that switches between the integrated GPU and AMD Radeon HD 6000 Series video card, a hard drive or solid state drive, up to 8GB of RAM, Blu-ray optical drive, and optional 3G mobile broadband module.

The VAIO SB has a display with a resolution of 1366×768 pixels, LED backlight, and low-reflection display coating. Other features include a backlight keyboard, instant-on OS for web browsing, and Fast Boot technology that enables”50% quicker” Windows 7 boot up time than on conventional notebooks. 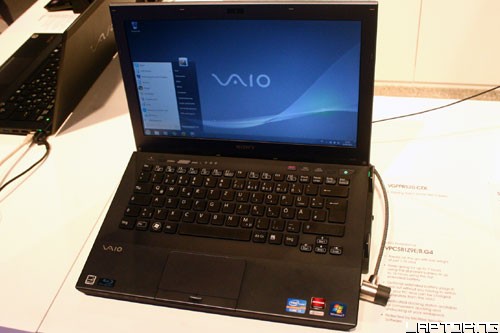 Its standard battery provides up to 7 hours of run time on a single charge, which can be extended to up to 14 hours when combined with a secondary battery, pluggable on-the-fly.

The new VAIO S Series will be available starting in March/April 2011, depending on country. There’s no info on pricing in Sony’s press release, but we have found a VAIO SB model in the UK for a base price of £899.00 (around $1,459).

UPDATE: The new VAIO S is available for pre-order in the US, for a base price of $970.