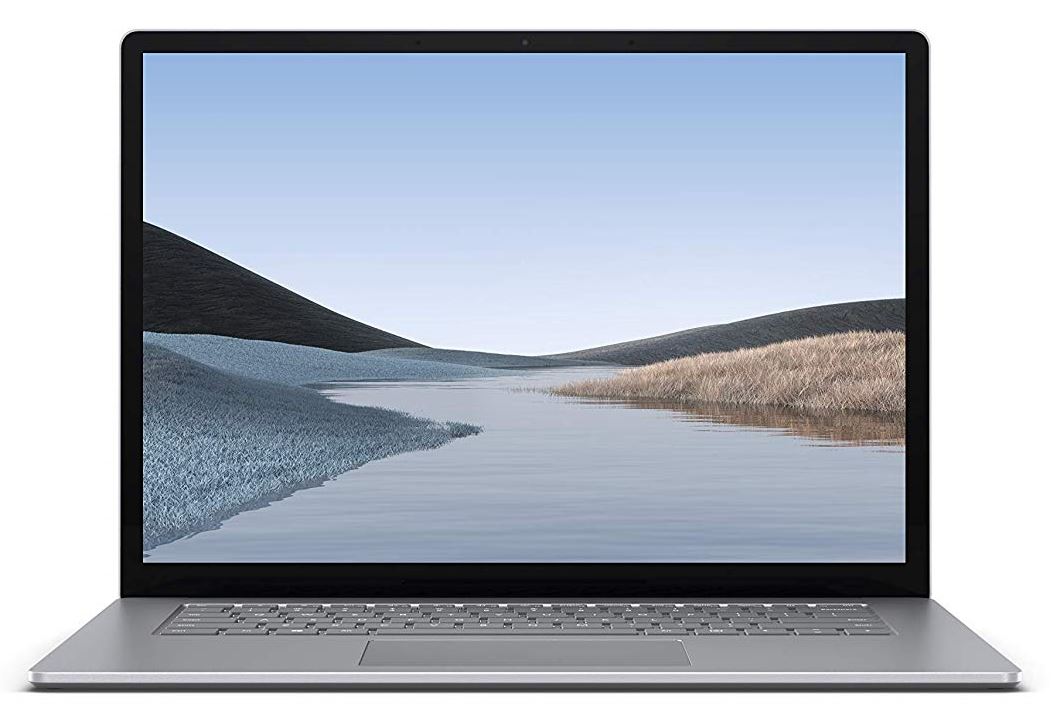 The Microsoft Surface Laptop 3 15″ is a larger version of the popular notebook series. Instead of the 13.5″ screen on its smaller sibling, this models sports a 15-inch display with a slightly greater pixel count of 2496-by-1664 to retain a very sharp picture. Both versions have the productivity-centric 3:2 aspect ratio, IPS wide viewing angles, and support finger touch and active digitizer pen inputs. The Surface Pen is sold separately.

Another big difference is in the internal component department. The Laptop 3 15″ is based on an AMD computing platform instead of Intel’s. The notebook comes with either the AMD AMD Ryzen 5 3580U AMD Radeon Vega 9 AMD Ryzen 7 3780U Mobile Processor with Radeon RX Vega 11 Graphics. These are both exclusive Microsoft Surface® Edition processors. But, they are quite similar to the AMD Ryzen 5 and 7 chips you can find widely used in other laptop models. All of the chips are perfectly capable of running the daily home and office tasks and provide some extra headroom for more advanced tasks like video editing. Normally, the Ryzen 7 variants are slightly faster than the Ryzen 5. Their Vega integrated graphics.

The system memory (RAM) size can be either 8GB or 16GB, while internal solid state drive storage capacity options are 128GB, 256GB, 512GB, and 1-Terabyte.

The port selection is quite minimalist. The laptop has only one standard-size USB port and a compact USB-C port, besides the ubiquious audio jack and proprietary Surface connector. But at least, the USB-C port provides video output capability.

Although it has a larger display, the Surface Laptop 3 15″ is still quite portable. It weighs in at 3.4 pounds and measures 0.6″ in profile.

There are two color options when buying this metal-topped laptop: Platinum (gray) and Matte Black.

Specifications of the Microsoft Surface Laptop 3 15

Here are the specs of the Microsoft Surface Laptop 3 15 with descriptions of its features. For comparison against other laptops, you can use the "Compare Specs" button.