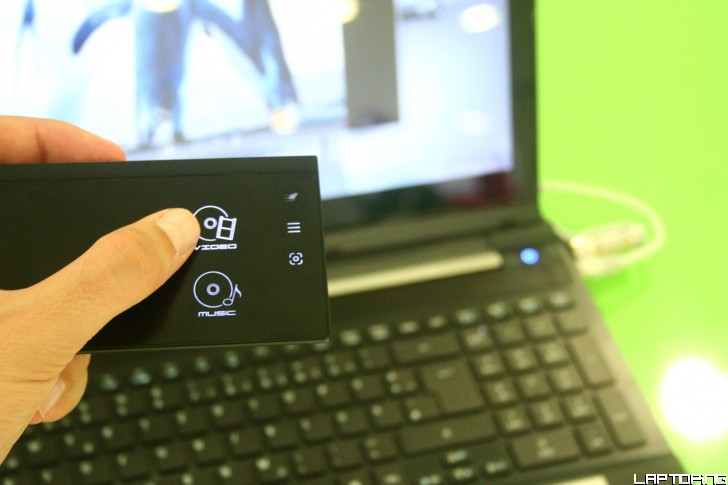 The most notable difference between these two entertainment machines is the screen size. Not only that the 8951G has a larger display, but also the resution is full HD, whereas its smaller 5951G sibling has a 1366 x 768 panel. Both displays are covered with scratch resistant but glossy Corning Gorilla glass, giving an edge-to-edge frameless look.

In the audio department, there’s also a distinction: the 15.6-incher includes stereo speakers, while the big one accomodates five speakers, including a subwoofer.

Finally, the AS8951G has an additional internal hard drive bay, enabling dual HDD configurations with up to 1.5TB capacity versus maximal 750GB.

What differentiates these notebooks from their competition, such as the Dell XPS, HP Envy, Sony VAIO F, or Toshiba Qosmio, is a uniquely designed touchpad, which can be detached and used as a remote controller. It has LED buttons for multimedia content control and can be used in portrait and landscape position.

Acer’s new Ethos line sports an all-black Tuxedo design with a brushed aluminum-like magnesium alloy cover with hairline finish. The keyboard is isle-style and has backlight. 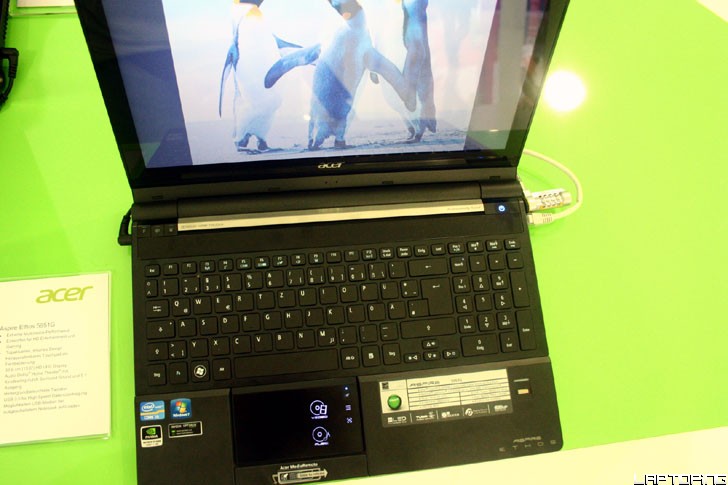