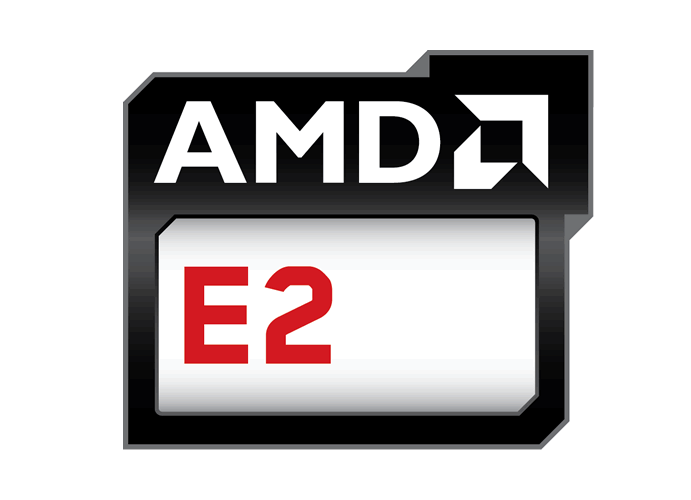 The AMD E2-9000e is a budget-class laptop processor (CPU). You can find it in various affordable notebook models. The E2-9000e is a dual-core chip with clock speed of up to 2 GHz and 1MB of cache. These modest specs mean the CPU can deliver basic computing performance, which is suitable only for non-demanding PC tasks like web browsing with small number of browser tabs running simultaneously, light work in MS Office apps, or video / audio playback. The chip is not suitable for heavier duties like content creation. On the positive side, the E2-9000e has a power consumption of only 6 Watts, meaning that it is battery life friendly. 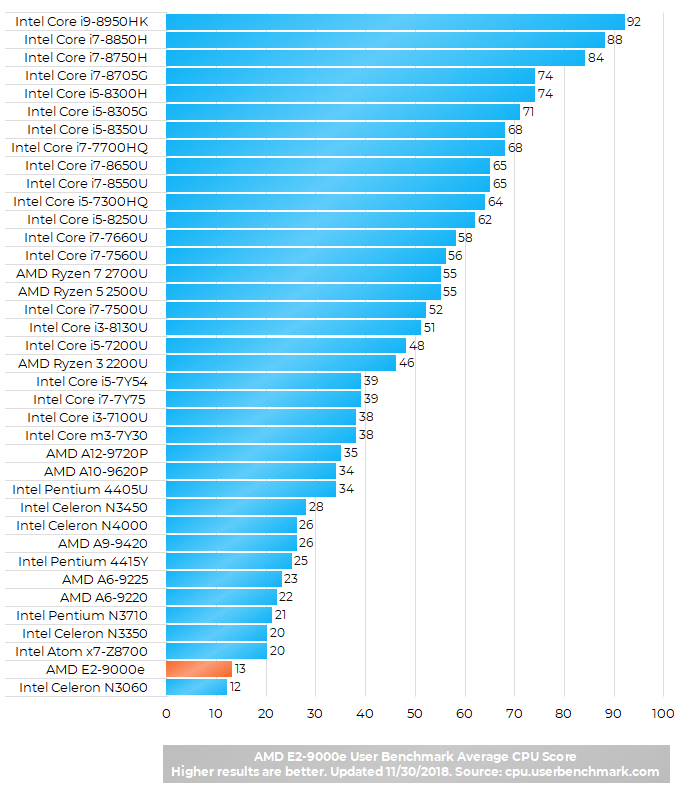 As expected, User Benchmark CPU test puts the AMD E2-9000e near the bottom of the CPU score list. However, the E2 is slightly faster than its direct competitor by Intel – the Celeron N3350.

As for gaming, the included AMD Radeon R2 integrated graphics is able to run many of the popular (but light) game titles, as you can see in the video playlist below:

Note: The benchmark scores of the listed processors are averages measured across various devices with these processors. The scores and real-world performance of the AMD E2-9000e and compared CPUs may vary depending on the notebooks' other components, settings, cooling, and other factors. However, the benchmark results are good indicators of the processors' performance.

Specifications of the AMD E2-9000e

Here are the most important specs of the AMD E2-9000e: