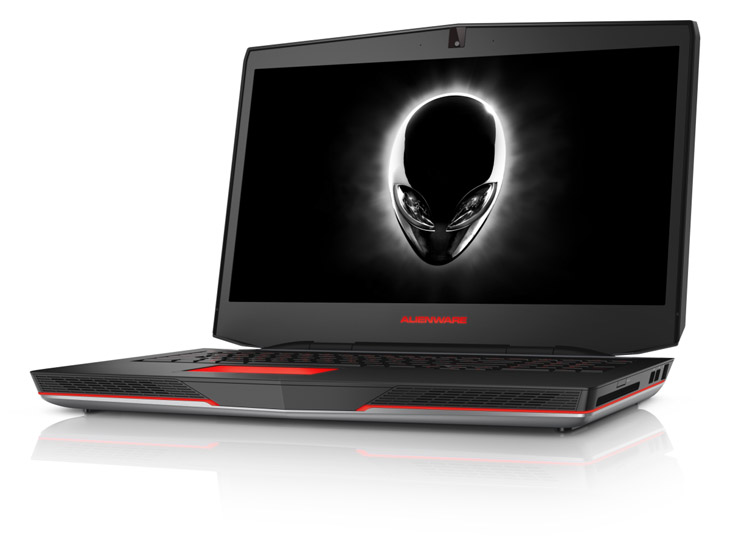 On Dell’s website for Germany, the 17.3-inch Alienware 17 is now listed with Nvidia’s top GTX 880M model with whooping 8GB of GDDR5 video memory, mid-range gaming GTX 860M with 2GB GDDR5, and AMD’s top-of-the-line R9 M290X with 4GB GDDR5. The larger 18.4-inch Alienware 18 has the same video cards, but they’re all offered in dual-GPU SLI and CrossFire configurations. The GeForce GTX 700M-series cards are still available on both models.

Other specs appear to be unchanged. There are still the 4th Generation Intel Core “Haswell” i7 processors inside, 1080p displays, up to 32GB of RAM memory, and traditional hard drives plus optional mSATA solid state storage for faster performance. Also, recognizable Dell Alienware design fo the cases hasn’t been changed and there’s no any update to the 14-inch Alienware 14 model so far.

We have no info on how much the newer video cards add to the overall prices of the laptops when compared to the previous generation GPUs, since ordering pages on the German Dell site are not available. Anyway, you can expect the new video cards to appear in Alienware laptops in Germany and other countries very soon and pricing will be known then.

They’re also expected soon in other gaming laptops, such as the Asus G750JZ, but certainly won’t deliver massive improvements over the corresponding previous-gen video cards, since they’re all based on the same core technologies.

UPDATE: Alienware USA has refreshed the 17.3-inch version with the Radeon R9 M290X.