The 13-m110dx is one of the configurations of the HP Split X2 hybrid laptop / tablet series, powered by Intel Core processors and Windows 8 OS. 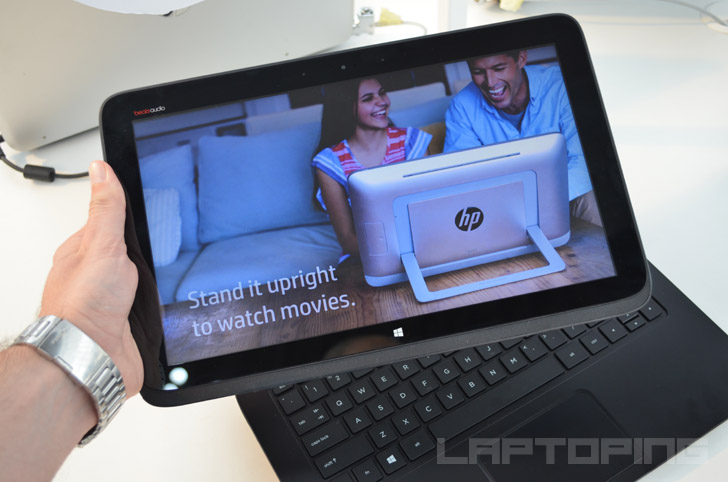 The 13.3-inch 720p-resolution screen of the Split 13-m110dx x2 can be easily detached from the keyboard dock, if you want to use this system on your sofa or elsewhere with comfort provided by the classic slate form factor. Attach it again via the magnetic lock, and you have a full blown ultraportable PC with the 4th Generation Intel Core i3-4010Y “Haswell” processor, specially optimized for the tablet form factor in terms of power consumption and generated heat, 4GB of RAM memory, and a 128GB solid state drive inside the tablet. Additionally, an HDD is built-into the keyboard base. Furthermore, the base contains a 3-cell battery complementing another one 3-cell unit hidden inside the part with the screen. It’s currently not known how long the battery life lasts and how large the HDD underneath the keyboard is, but we assume it’s a 500GB, judging from the specifications of the Split X2 series.

Regarding performance of the CPU, its benchmarks are not available at the time of this writing. Because of the fact that it’s a dual-core i3 at 1.3GHz, we assume its speed is slightly lower than with the comparable ultrabook-use i3 with “U” suffix, meaning that you will be quite satisfied if you don’t throw heavy task at it, like video editing for instance. It even has some gaming potential, since it sport Intel HD 4400 integrated graphics overviewed here.

To position the device as a multimedia machine, HP has provided Beats Audio technology with it, as well as HDMI output. The built-in speakers are stereo and the tablet has a 1080p-capable frontal web-chat camera. Also are included a USB 3.0 and a USB 2.0 port, and microSD and SD card slots. The HP Split 13-m110dx x2 goes online via 802.11n Wi-Fi and it is Bluetooth-enabled.

Dimensions and weight are very important specs for both tablets and ultraportables and things are interesting in this department because the screen is a 13.3-incher, far larger than on the usual 7″-11.6″ tablets. As a slate-only device, it weighs 2.3-pounds. For reference, HP’s Atom-powered Envy X2 hybrid with a 11.6-inch screen weighs about 1.5 pounds if you count only the tablet part. The keyboard base of the Split adds 2.6 lbs to the overall weight measuring 4.9 lbs, whereas the Envy is noticeably lighter at 3.11 lbs in total. When it comes to thickness, the Split slate is slightly ticker at 0.4″, up from 0.3″, while as calmshells they measure 0.9″ and 0.7″ respectively.

The tablet is constructed of plastics with “silky soft” touch finish in silver color on the lid and black on the palmrests to complement the black keyboard. Again for comparison, the Envy sports aluminum chassis.

The 13-m110dx configuration is priced at $730 at Best Buy. That’s not a bad price considering the Envy X2 with the smaller display, much slower Intel Atom, only 2GB RAM, and a smallish 64GB SSD is $650. If you generally like the Split X2 but don’t want to shell out $730, you should then wait for cheaper configurations to arrive on shelves. It is known that the hybrid will be also available with 2GB of RAM (really not recommended) and a 64GB SSD, lowering the price of the device. It’s interesting that the listed configuration is priced lower than the officially announced starting price of $800. 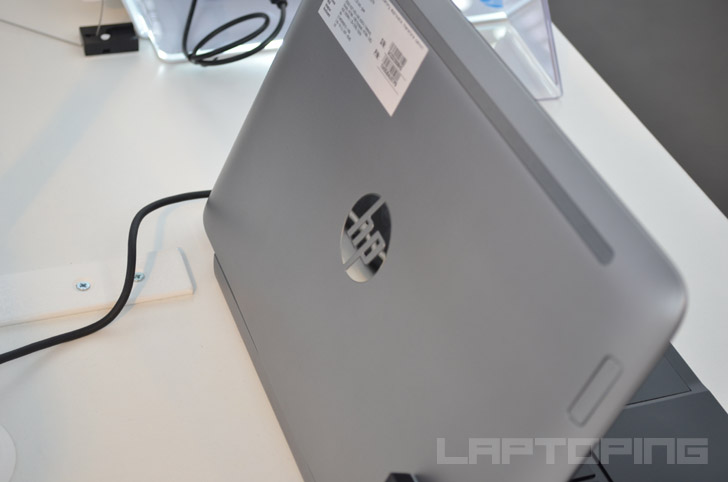