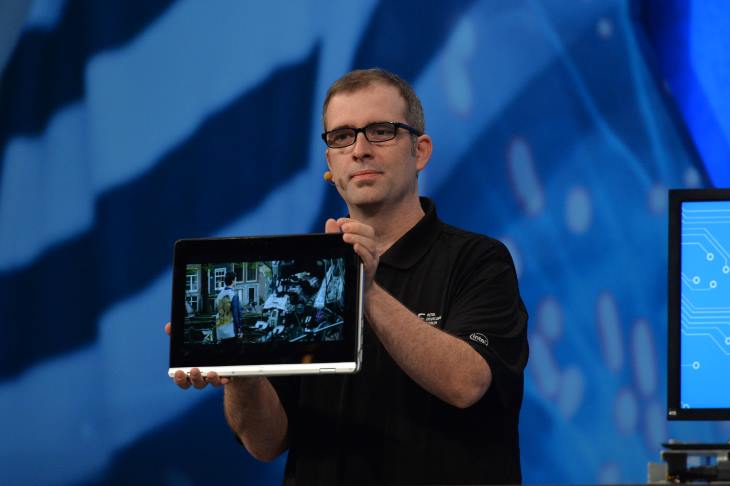 Intel has officially unveiled their upcoming “Skylake” processors for laptops, 2-in-1 PC, tablets, and other mobile PCs, besides desktops. The next-gen mobile CPUs are based on the same 14-nanometer production process as their “Broadwell” precursors, but they bring several architecture improvements for better performance, power efficiency, and multimedia capabilities.

With clock speeds 0.1 or 0.2 GHz higher than the corresponding older models, the Skylake mobile processors won’t be much faster when in comes to raw computing power. Depending on model, the boost will go up to 17 percent, according to Intel. Changes in the integrated graphics department aren’t revolutionary either, but Intel claims improvements over the previous integrated GPU lineup bring “up to 41 percent” better performance (on the Intel Core M series), also depending on model. We’ll still need to see the mobile Skylake benchmark results to give a final judgment about Intel’s claims.

To make Skylake more future-proof, Intel has added support for DDR4 RAM memory on select SKUs, while retaining support for DDR3 standard. Use of both memory types on the same platform is enabled thanks to new UniDIMM universal memory slots.

Alongside these improvements, Intel has enhanced other parts of the platform, such as Wi-Di wireless display technology, which now supports Ultra HD 4K (30Hz) wireless video streaming to external display instead of just Full HD. Regarding wired video output, Skylake adds support for up to 3 Ultra HD 4K monitors simultaneously. The chip maker has also implemented in the computing platform support for Thunderbolt 3.0 interface with fast 40 Gbps data transfers from an to compatible external devices, new USB-C standard, wireless charging, and more. These features, however, won’t be implemented on all, but only on select Skylake-based computer models.

Specifications and release dates for most Skylake processors are available now. They will start shipping in September.

Besides the processors listed in the table, Intel is expected to launch additional Skylake-U series models with better Iris and Iris Pro integrated graphics, but also greater power consumption.

For the first time, Intel has launched Xeon CPUs for mobile workstation laptops, previously aimed only at servers and desktop workstations.

Further details about Skylake for mobile computers are expected to arrive soon. We’ll update this article as soon as we get new info.

1 thought on “Overview of Intel Skylake CPUs For Laptop, 2-in-1, and Tablet PCs”