The Dell Inspiron 11 3000 3147 is a 11.6-inch Windows-based 2-in-1 laptop / tablet hybrid. Its hinge rotates 360 degrees, so besides the classic laptop use the device can convert to a tablet or multimedia- and presentation-optimized stand or tent.

The Inspiron 11 3000 3147 competes in the budget convertible arena against the Lenovo Yoga 2 11 and HP Pavilion X360 11.6″ series with the same screen size and similar entry-level specifications. The Dell has 1366×768 screen resolution, which is a mediocre one. Thankfully, the screen is based on IPS technology, so it provides wider viewing angles and better color accuracy than non-IPS displays. 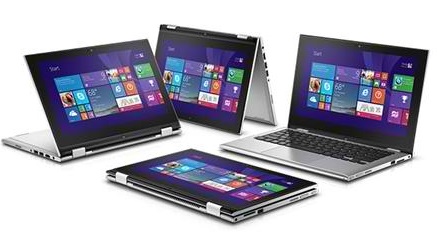 This 3.1-pound ultraportable has a thin profile of only 0.8″. The elegant chassis with square-ish corners and rounded edges has a minimalistic look. The laptop is made of made of silver-colored plastics, which resembles metal in appearance. The keyboard deck holds a chiclet style keyboard with black keys and a spacious trackpad beneath it.

Computing and graphics processing relies on the low-end Intel Celeron N2820 dual-core and Intel Pentium N3530 quad-core processors from the power-efficient “Bay Trail” CPU family. For comparison’s sake, they score around 1,100 and 2,000 points in PassMark benchmark, respectively. Depending on the CPU, the 2-in-1 cost either $400 or $450. Since the price difference between Celeron and Pentium powered configurations is only $50, getting the Pentium version is recommended. Although the N3530 is just another budget CPU, it will crunch day-to-day computing tasks easier and working in programs and Windows in general will be smoother. Both chips have the Intel HD integrated graphics, which isn’t aimed at gaming. It can run only the least demanding 3D games, as well as 2D games such as Flash-based online titles. All available 3000 3147 configurations ship with 4GB of system memory and 500GB of hard drive space. This series has no built-in optical drive. 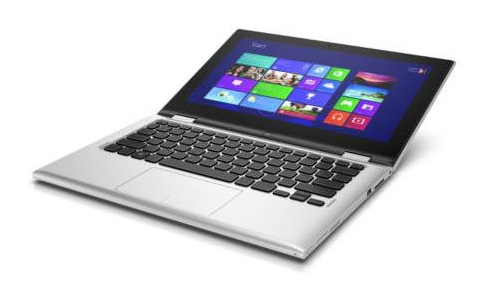 The battery has a decent capacity for a 11.6-inch laptop. It is a 43WHr one, but Dell hasn’t provided info on battery life. Combined with the power efficient CPUs and small screen, it should produce a battery life of about seven hours, in our opinion. 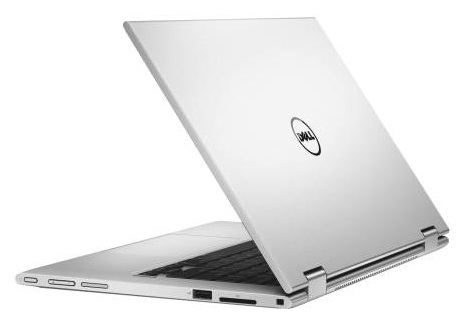 The battery, RAM, and storage, are user replaceable. To access them, you’ll have to remove the bottom panel which is held by nine screws. There’s a single RAM slot inside. The average user very likely won’t need to upgrade RAM, since 4GB is quite large, but we can recommend upgrading the hard drive to a solid state drive. Although it has a much higher price per Gigabyte than the traditional HDD, it will make Windows and working with files much snappier. In addition, there will be a slight battery life boost and it’s more reasonable to have a storage device with no moving parts in a fully-foldable convertible.

Here's the specs sheet of the Dell Inspiron 11 3000 3147. For comparison against other laptops, use the "Compare Specs" button.