Besides Samsung and Toshiba, Archos has on display at the 2011 IFA new Android Honeycomb tablet offering. 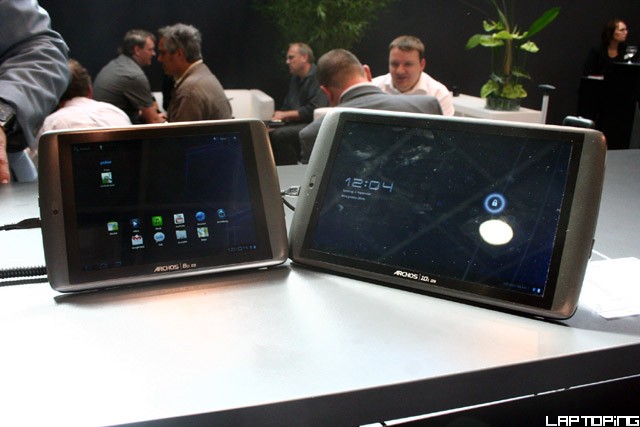 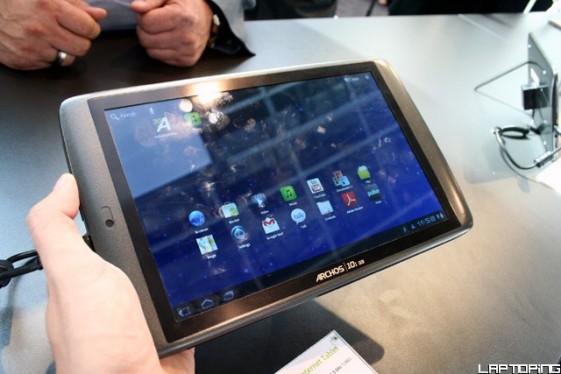 What differs the 101 G9 and 80 G9 from the competition are hard drive and specific 3G option. Unlike solid state drive-only tablets, these optionally have a 250GB HDD, while SSD choices are 8GB and 16GB. A proprietary SIM card USB stick for 3G connection is located on the lids of the slates. It can be plugged out of the tablets and used with a laptop or other computer with a USB port. Very convenient. 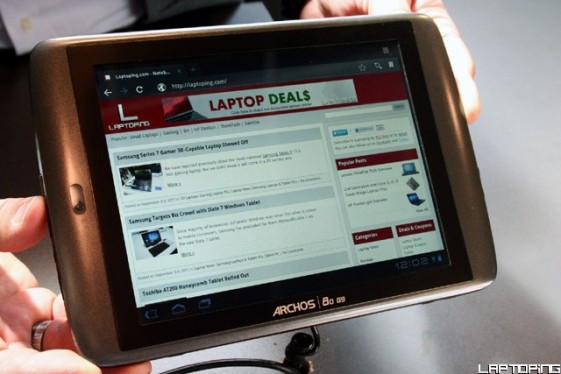 The tablets also utilize Wi-Fi and Bluetooth. There are micro HDMI and USB host port, and a micro SD card slot, all on the top sides.

We have noticed that the 101 and 80 are thicker than those announced by Toshiba and Samsung, but the build is solid, with matte gray finishes on the backs.

Also, there’s a kickstand on both devices, a feature already used in previous generations on Archos tablets.

It will come in October and the 101 will follow short after that.