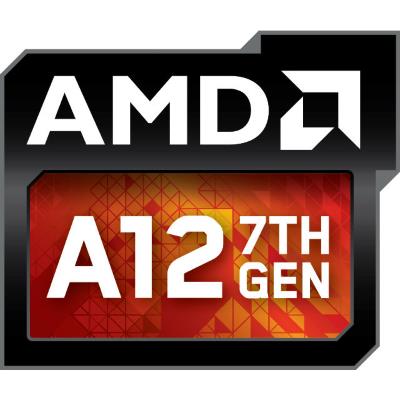 The AMD A12-9720P (7th Gen) is a lower-mid-range laptop processor. Its performance is comparable to the more popular Intel Core i3-7100U. The A12-9720P is a quad-core CPU, but it supports only one computing thread per core. For comparison, the i3-7100U had two cores but also two threads per core. That and small cache size of 2MB are main reasons why the A12-9720P isn’t exceptionally fast, despite its quad-core design and relatively fast clock speed of 2.7 – 3.6 GHz. 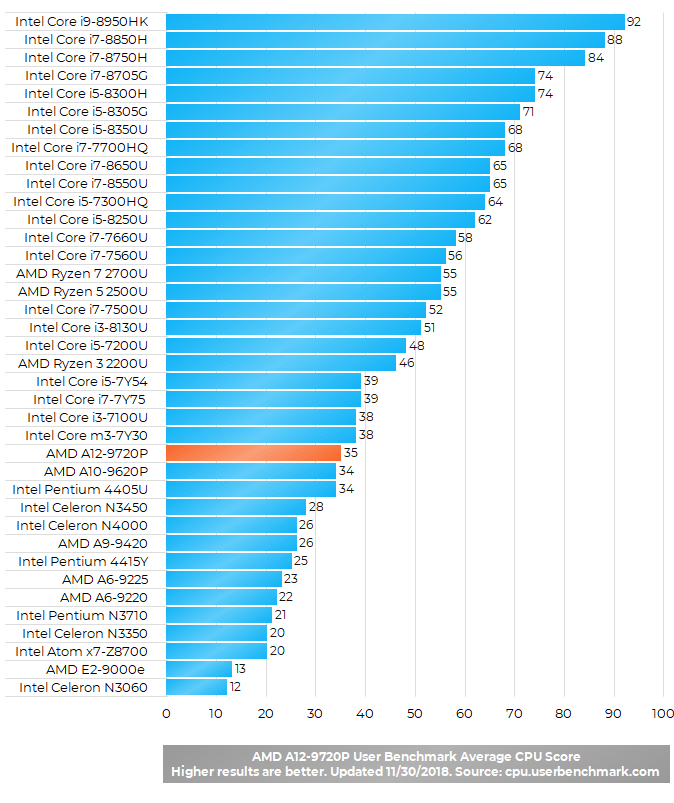 In the real-world use, the AMD A12-9720P can easily handle usual day-to-day PC tasks, like web surfing, work in MS Office and similar productivity software, or multimedia playback. If you need more computing power for heavier tasks like video editing, recommended are newer quad-core chips such as the AMD Ryzen series or 8th Gen Intel Core.

As for graphics performance, the AMD Radeon R7 integrated in the A12-9720P is a basic graphics processor. However, it can run many of the popular games:

Note: The benchmark scores of the listed processors are averages measured across various devices with these processors. The scores and real-world performance of the AMD A12-9720P and compared CPUs may vary depending on the notebooks' other components, settings, cooling, and other factors. However, the benchmark results are good indicators of the processors' performance.