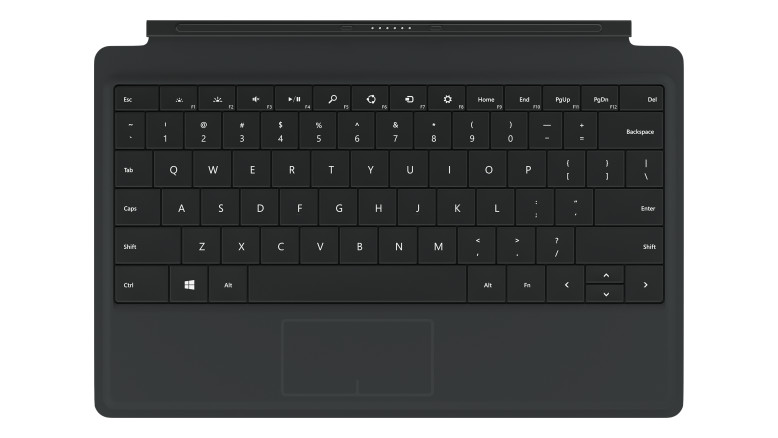 Microsoft has made available for pre-orders the battery-equipped Surface Power Cover keyboard, which “extends the battery life of your Surface up to 70% and doubles as a screen cover.” The Power Keyboard which is compatible with Surface 2, Surface Pro, and Surface Pro 2 tablets is priced at $199.99 and is expected to start shipping on March 19th.

Just like the Type Cover 2 and opposed to Touch Cover 2, the Power version has physical keys with tactile feedback, instead of touch-only keys. As expected, the Power Cover is noticeably thicker, almost twice, than the Type edition and measures 9.75mm versus 5mm. The built-in battery should add extra weight to the device, but weirdly, its specs claim it has the same weight as the battery-less Type Cover 2 or 0.55 pounds.

The Power Cover comes only in black color, while the $70 cheaper Type variant additionally ships in cyan, purple and magenta. All three mentioned keyboard versions have backlight and provide dedicated buttons for Windows shortcuts and media controls, F1-F12 function keys, a touchpad, and an accelerometer sensor. They connect to the compatible Surface tablets magnetically.

The new Surface cover is currently available for pre-order only via the official Microsoft store.