Among 2-in-1 convertible laptops, the HP Envy x360 M6-AQ105DX is one of the best equipped. It features a 15.6-inch Full HD IPS touch-screen on fully rotatable hinges, a fast Intel Core i7 processor, large system memory and hard drive capacities of 16GB and 1-Terabyte, respectively, and a backlit keyboard. The HP Envy x360 series and the M6-AQ105DX itself are also characterized by sleek and stylish appearance. The silver-colored 2-in-1 laptop is only 0.7″ thick. It weighs in at 4.8 pounds.

The HP Envy x360 M6-AQ105DX boasts the newest 7th Generation Intel Core i7-7500U dual-core CPU. If you exclude the quad-core i7 chips used in top-speed gaming and workstation laptops, the i7-7500U is among the fastest notebook CPUs. As expected, it can effortlessly crunch all tasks an average user might throw at it. Also, it is a decent solution for music producers, photographers, videographers, and other professionals who don’t want to deal with power-hungry and hot quad-core i7 processors. Normally, this kind of laptop isn’t aimed at gaming. But still, you’ll be able to play some popular non-demanding game titles on it like League of Legends or Minecraft thanks to the Intel HD 620 integrated graphics. 16GB of RAM is more than enough for all home and office duties. Actually, for most users it’s an overkill. But, it makes the laptop a multitasking powerhouse and future-proof. On the other hand, the notebook uses old hard drive technology for data storage, as opposed to newer and much faster solid state drives. A positive thing here is that the 1TB hard drive is very capacious and it spins at 7,200rpm instead of usual 5,400rpm, therefore offering slightly better storage performance. This laptop doesn’t have a built-in optical drive. 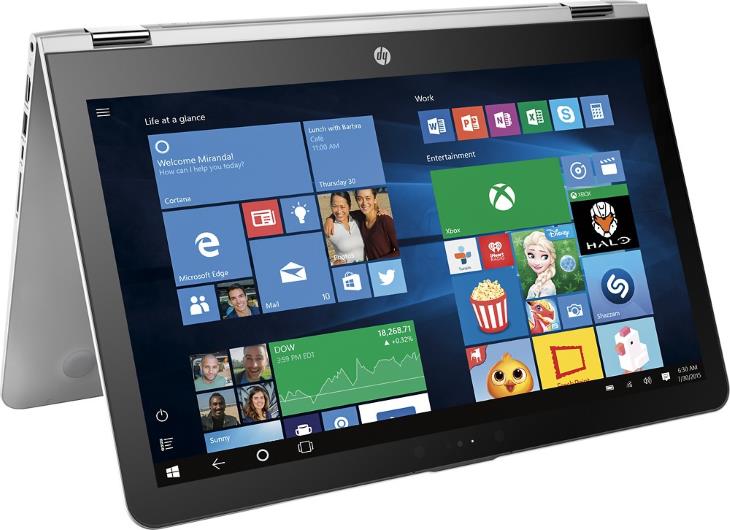 The Envy x360 features stereo speakers and a 720p web camera. For getting you online, it uses 802.111AC Wi-Fi wireless. As for USB peripheral connectivity, the series offers the newest and fastest USB 3.1 technology. There are two standard-size USB 3.1 ports and a compact USB-C 3.1 port. The laptop has Bluetooth interface, HDMI video output, a multi-in-one media card reader, and a combo headphones / microphone audio port.

Another good selling point of the HP Envy x360 M6-AQ105DX is its capacious 56 WHr battery. That’s noticeably better than usual 30-40 WHr batteries found in most 2-in-1 PCs and laptops. According to the official specs, the battery life on this model is “up to 10 hours”.

This machine is regularly priced at around $900. 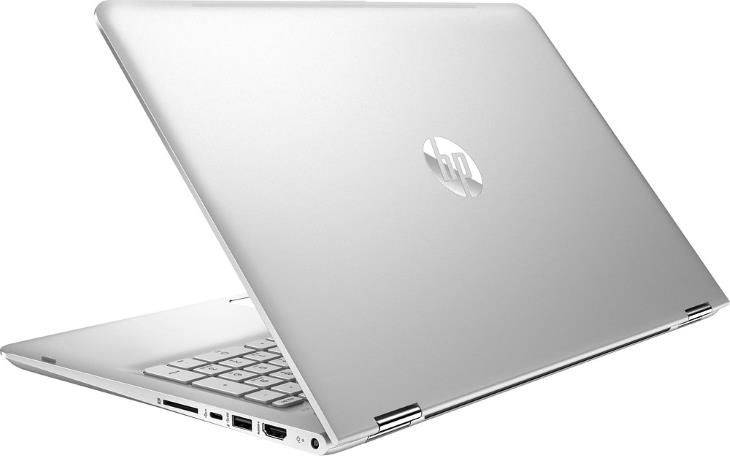 Here's the specs sheet of the HP Envy x360 M6-AQ105DX. For comparison against other laptops, use the "Compare Specs" button.

Click here to find laptops by specs, type, and features.