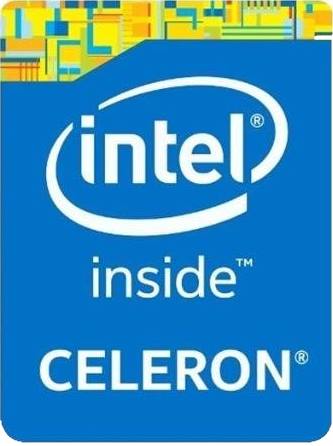 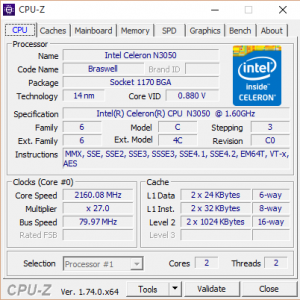 The Intel Celeron N3050 and N3060 belong to the 14-nanometer “Braswell” processor family and bottom of Intel’s laptop CPU lineup. The dual-core chips are clocked at 1.6GHz base speed. The boost speed on the N3050 goes up to 2.16GHz, while the N3060 can go up to 2.48GHz. Regardless of the clock speed differences, both chips perform similarly, with the N3060 being only a tad faster. Generally, the CPUs are suitable only for the basic home and office computing operations, very similar to the popular and older Celeron N “Bay Trail” 22-nanometer series. As same as the other Braswell parts, the Celeron N3050 and N3060 consume 6 Watts of power, as opposed to 7.5W of Bay Trail CPUs. Therefore, they are power-efficient processors and that’s their best feature besides low cost.

The chips are used in various budget notebook PCs, especially those with small displays and casings. 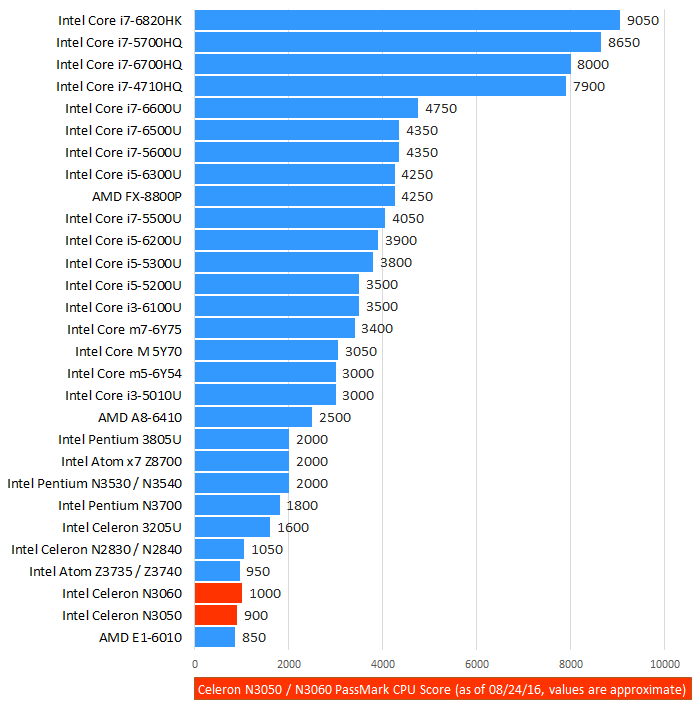 We have tested the Celeron N3050 in an HP 15 laptop configuration with 4GB of RAM and a 500GB 5,400rpm hard drive. As noted previously, the N3060 runs only slightly faster. The difference isn’t noticeable during real-world computing activities.

As you can see in the video, the N3050 paired with 4GB of system memory can handle the daily tasks well. It provides sufficient power for running multiple web browser tabs with heavy web pages opened, Office applications, and even some photo and video editing. However, applying image adjustments and effects and video exports take some time, so the CPU definitely isn’t recommended for that type of activity on regular basis. With the current video drivers, select programs running on the N3050 had some high-definition video playback issues. For instance, playing 1080p and 4K YouTube videos VLC Media Player program and in Google Chrome web browser produces very high CPU loads and dropped video frames. On the other hand, in Microsoft Edge browser these videos run smooth with much lower CPU load.

Also, the reviewed N3050 and its Intel HD integrated graphics struggled with running most of the popular games, even some relatively light titles. Again, future driver updates might bring improved gaming performance, but currently you can play without big lags only League of Legends and Minecraft among the blockbuster games. We have also tested Dota 2, Skyrim, and Counter Strike GO. The processor and its IGP weren’t able to achieve gameplay at above 20 fps in these games.

Temperatures were quite low, even during heavy 10-minute CPU load while converting a video file with 100% CPU utilization. The CPU temp was 46 degrees Celsius on idle and up to 57 degrees during the video conversion.

Note: The benchmark scores of the listed processors are averages measured across various devices with these processors. The scores and real-world performance of the Intel Celeron N3050 and compared CPUs may vary depending on the notebooks' other components, settings, cooling, and other factors. However, the benchmark results are good indicators of the processors' performance.

Specifications of the Intel Celeron N3050

Here are the most important specs of the Intel Celeron N3050:

User Reviews and Q&A on the Intel Celeron N3050