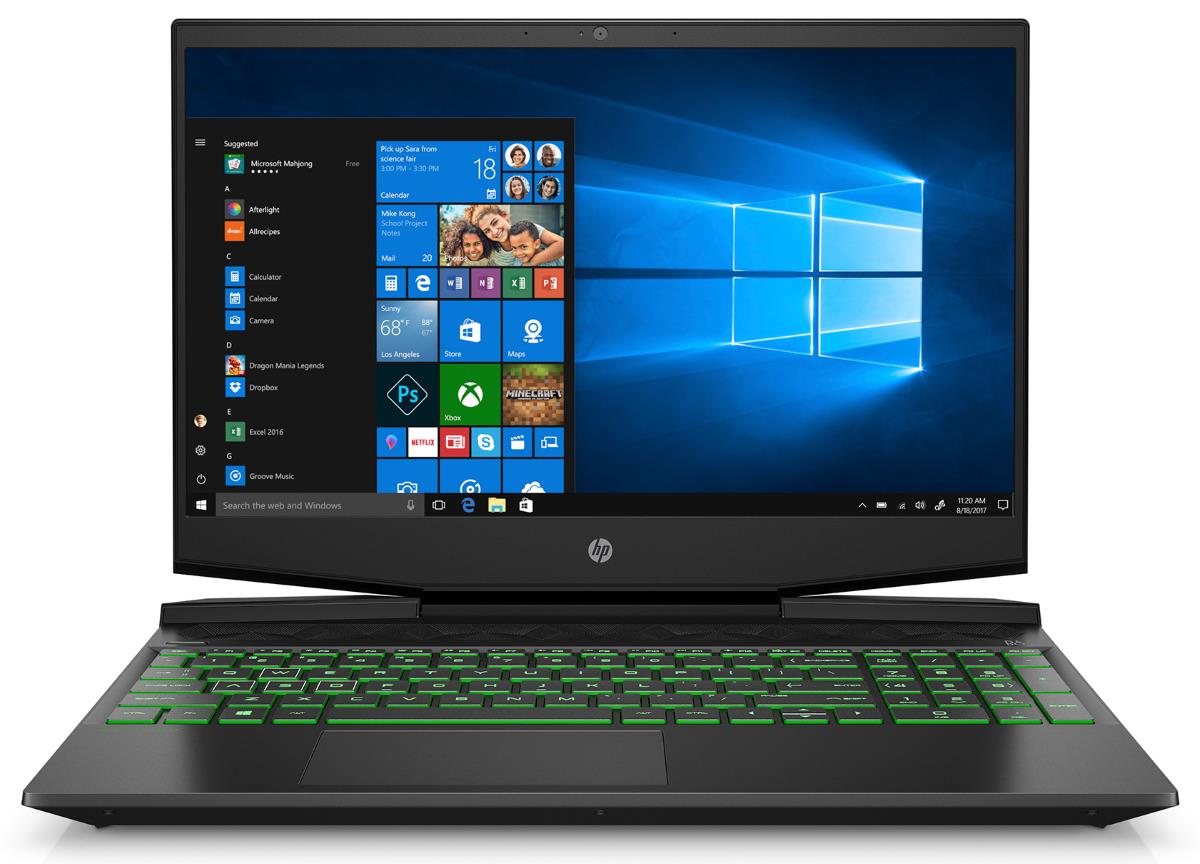 The HP Pavilion 15-dk0068wm is a gaming laptop with a 15.6-inch Full HD display, the Intel Core i5-9300H processor, Nvidia GeForce GTX 1050 3GB video card, 8GB of system memory (RAM), and a 256GB solid state drive (SSD). It will be a very popular notebook model this holiday season, because it is a part of Walmart’s Black Friday offer. It wears a Black Friday price tag of $499, which is a very low price for a gaming laptop.

Overall, the HP Pavilion 15-dk0068wm is an entry-level gaming notebook with decent specs. The 15.6″ FHD screen offers a greater picture sharpness than HD displays found on the mainstream budget laptops. The display is based on IPS technology, meaning wide viewing angles, and sports anti-glare coating. The notebook’s product page on Walmart says the display has a “fast refresh rate”, but there’s no info exact refresh rate there or on HP.com. UDPATE: The screen has a 144 Hz refresh rate according to the Q&A section on the laptop’s product page on Walmart. But, some users report the refresh rate is 60 Hz, so it’s best to contact Walmart directly about that.

Inside its “Shadow Black” chassis with “Acid Green” accents and keyboard backlight, the 5-pound HP Pavilion 15-dk0068wm packs good gaming notebook components, although they are not on the high-end of the spectrum. As the most important part for gaming performance, the laptop features the Nvidia GeForce GTX 1050 3GB video card, released in 2017. It is a lower-mid-range video card on today’s market. It is capable of running all of the latest AAA game titles, but in many of them you’ll need to dial down graphics details and resolution in order to get smooth gameplays. The GeForce GTX 1050 is paired with a higher-end 9th Gen Intel Core i5-9300H processor with four cores. It is powerful enough to fully support modern PC gaming. It’s also a good solution for other heavy PC tasks like audio / video production. On the other hand, the provided RAM size of 8GB is a bare minimum today for serious gaming. It’s large enough for the most of the popular games, but some newer titles require more than 8GB for the best gaming experience. Furthermore, the included single 8GB RAM stick runs in single channel mode, as opposed to dual channel (2 x 4GB). Depending on a game, dual-channel RAM can noticeably increase gaming performance. Also, the laptop’s 256GB solid state drive is on the small side, considering that many game installations require a lot of storage space. They oftentimes require more than 50GB, so you can easily run out of storage space.

Specifications of the HP Pavilion 15-dk0068wm

Here are the specs of the HP Pavilion 15-dk0068wm with descriptions of its features. For comparison against other laptops, you can use the "Compare Specs" button.