Coming from the Samsung Series 3 lineup, the NP355V5C-A01UB is an all-purpose Windows 8 laptop with affordability and mid-tier specifications as main characteristics. The Samsung NP355V5C-A01UB is a little on the chunky side, which is normal for a full-size 15.6-inch laptop for $400. It is 1.3″ thick, weighs 5.1 pounds, and carries the mid-range AMD Quad-Core A8-4500M processor, standard 4GB DDR3 RAM, a generous in terms of size 750GB hard drive, and a DVD burner inside. The chassis is made of plastics with metallic-like finish in silver color. 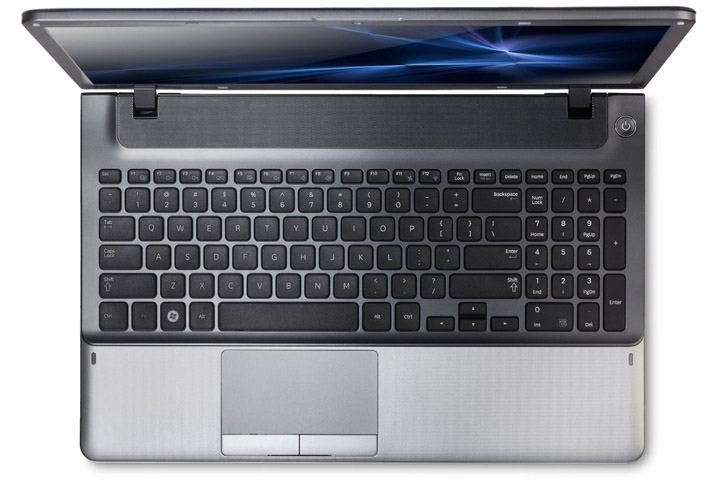 When you open up the NP355V5C-A01UB, you’ll see a 1366-by-768-pixel display panel with a 1.3MP webcam on the top of it and surrounded by noticeably thin bezels, a full-size keyboard with black chiclet keys and numeric pad, a fairly large trackpad with physical left and right mouse buttons, and a pair of 1.5Wx2 speakers located above the keyboard. A nice feature on the screen is its anti-glare coating, so this model is better for use in bright environments than the average glossy-screen consumer laptop. Around the sides of the notebook, you’ll find two USB 3.0 and two USB 2.0 ports, VGA and HDMI video output connectors, a 3-in-1 media card reader, and separate mic-in and headphone-out ports. There’s also an Ethernet LAN port to get you online, and for the same purpose you can use built-in Wi-Fi wireless.

Performance-wise, you’ll get a mid-tier computing speed. The A8-4500M (2,710 PassMark points) sports four cores instead of usual two, but it still lags behind the comparable dual-core competitors by Intel, such as the i3-3120M (3,303 points). Anyway, it should be able to satisfy most users, except those looking for high-speed video and image editing or engineering. The integrated AMD Radeon HD 7640G graphics processor is suitable for playing some older 3D games on low settings and resolution, but it’s still lags far behind the low and mid dedicated video cards. The 35-Watt chip belongs to last year’s lineup and isn’t as power efficient as newer AMD CPUs such as the 2013 A6-5200 (2,450 points), rated at 25 Watts. The laptop sports an averagely-powerful 6-cell 48Wh battery. There’s no official info on the battery life, but judging from the specs we can loosely estimate it’s between 4 and 5 hours while web surfing via Wi-Fi.

It’s good to see that the battery is user-removable and that there are doors for easy RAM and HDD upgrades, which isn’t possible on many modern laptops, such as ultrabooks.

Overall, the Samsung NP355V5C-A01UB has a reasonable price for the given features and specs and additionally nice looks mostly thanks to the slim LCD bezel, but because of stiff competition on the low-cost market, you can find even better laptop configurations for less or same money. Some examples from the same budget category are the HP 2000-2d11dx with an Intel Core i3-3110M (3,070 PassMark score) processor and a $350 price tag or the touchscreen-enabled Toshiba Satellite C55Dt-A5307 with the aforementioned AMD A6-5200 for $400. 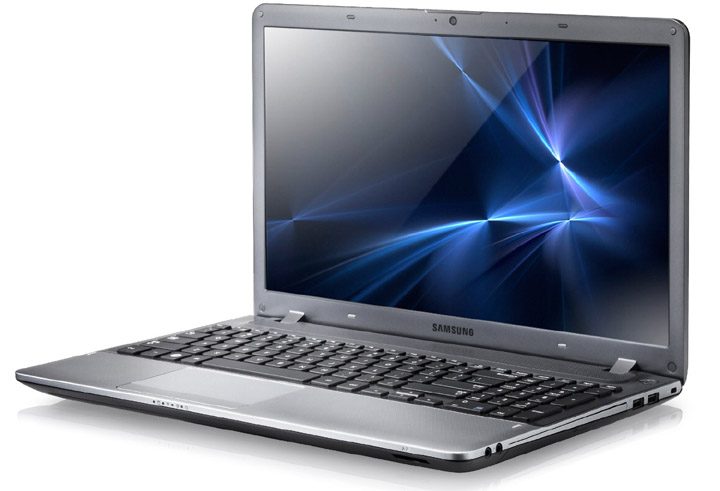